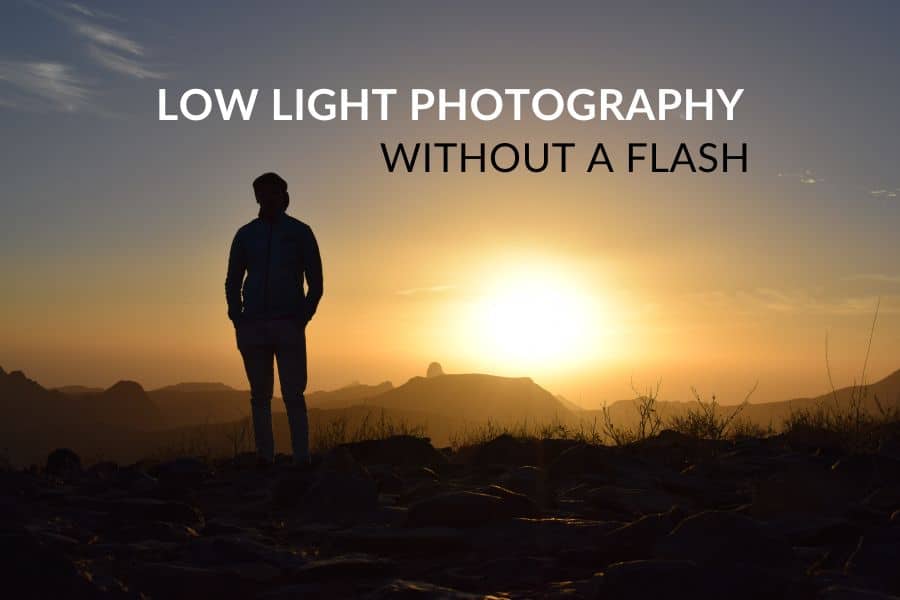 In photography there are several aspects that affect the quality of the image. One of them is shooting with a low light. The problem isn’t that it’s the wrong time to take pictures, but  more about the knowledge of how to shoot in harsh light conditions.

So lighting should be one of the main photography skills to master as a beginner photographer. Because we can’t change the natural brightness level, but we can make some quick changes to the camera to get the best out of the low light photography situations.

From that article you will find some simple tips on how to squeeze the best out of low light images. Let’s dive in on how to shoot in low light without flash!

What is Low Light in Photography?

Most of the cameras shoot well in bright conditions, but real difference in-camera, and lens quality, and also some basic skills come into play when there isn’t that much light.

Probably it can be pretty frustrating that your photos are too dark, too much noise, wrong focus points, or overall bad image quality.

The basics of getting the best out of low light photography are to adjust three main pillars of exposure:

Let’s dive into these tips about low light photography.

ISO determines how sensitive the camera sensor is to the light. For example, ISO is determined by numeric values, starting with ISO 100 to higher (ISO 3200). A lower number means that the camera is less sensitive to the light and photos turn out darker in low light conditions. On the other hand, increasing ISO to higher values will brighten up the same photo.

The downside of High ISO

The downside of high ISO is that it will decrease in some way photo sharpness. The higher ISO the more there will be noise (grainy). So it needs some practice to find that sweet spot between photo sharpness and brightness. Keep in mind that the higher the ISO is set, the more you get low quality images (noise). Try not to go over ISO 1000.

TIP for ISO: You can always increase exposure in post-processing software. Keep the ISO setting below 1000 for better quality, even when the photo turns out too dark. It’s easy to fix brightness in editing software.

Another exposure pillar that will impact the level of photo brightness. Slow shutter speed means that the camera is open for a longer period for the incoming light and faster shutter vice versa. You can adjust the incoming amount of light to the camera with shutter speeds from milliseconds to approximately half a minute. When shooting in low light then shutter speed has to be as slow as possible.

The downside of Slower Shutter Speed

Using a slow shutter speed in low light situations means that the camera has to be steady for seconds to avoid motion blur. It means that if the camera shakes during the shooting process, it won’t be sharp.

The same goes for the captured subject. If the camera is steady (using a tripod), but a subject moves during the shooting process, then there is again a motion blur.

TIPS for lower shutter speed: To avoid camera shake, use a tripod or be creative with finding a steady support point. It can be some wall, rock, or anything else steady. Also, use a short timer to avoid the shutter release shake. To reduce even more image blur, use lenses with built-in image stabilization.

The Downside of Wider Aperture

In low light photography, we need to use any aspect to brighten up images. However, adjusting the aperture will also have an impact on the depth of field. With a wide aperture (f/1.4) the depth of field will impact the level of image sharpness. The area where the focus is set will look sharp, but other subjects in different distances are blurry. It’s fine when you are doing low light portrait composition photography. But shooting landscape photography in a wide aperture doesn’t make all the parts sharp.

TIPS for Aperture: If shooting portrait then goes as wide aperture as possible. Set the focus point on the subject and take the advantage of incoming light. The average aperture in landscape photography lies between f/8 to f/14.

The RAW image file contains about three times more information than the usual JPEG file. With larger amounts of data in low light pictures, it has more capabilities to improve the visual look in post-processing software. There you can brighten up the level of exposure and other features. There will be loads of better options to tune your captures than the usual JPEG file.

Disadvantages of Shooting in RAW

As the RAW image file contains about three times more information of the image, then the same is with the file size. When you switch from shooting from JPEG to RAW, you will see that the memory space in your SD card has decreased. It’s the only small thing you need to be aware of.

TIP for shooting in low light: Everything isn’t fixed the same way in the post-processing software. If it’s too overexposed, then it’s nearly impossible to fix it perfectly, even with a larger RAW file. It’s better to have a photo a bit underexposed, than overexposed.

Several times the low light situations can be improved by faster lenses. It means that the lens has a wider aperture and therefore lets in more light, and then it’s possible to use faster shutter speeds.

Because when taking pictures in low light and without a flash, the main obstacle is getting the right amount of light to the camera with a slower shutter speed. To remind, the wider the aperture means also faster shutter speeds, and therefore less motion blur.

Prime lenses are known as wide aperture lenses and are also the best option for low light photography without a flash. Prime lenses have fixed focal lengths and usually produce better quality photos. With a wide aperture of f/1.4, it leaves you more playing room to adjust ISO and shutter.

As a beginner photographer, the built-in automatic programs seem a bit attractive. Due to the camera set “right” settings for the current situation. Usually, there are automatic settings for portrait, landscape, night, or anything else specific.

I would look away from these automatic settings. Your skills and manually set settings will be more efficient in the long run.

Usually, there are two options to switch between when you take photos. Aperture Priority and Manual mode. With aperture priority, you can change aperture, ISO, and white balance, but the shutter speed changes automatically depending on available light. With manual mode, you can change all the three main pillars of exposure.

Mostly you can use aperture priority, but when the lighting conditions are too harsh, then you need to set everything manually with manual mode.

7. Camera Shake to the Minimum

In low light photography without a flash are another problem that will affect the captured photo quality. It’s holding the camera steady as long as it’s the shutter speed. Mentioned shutters can last from milliseconds to half a minute. Can you hold a camera in low light situations for half a minute without moving a gram? Probably not (me neither), so how to take pictures in the dark without flash and camera shake?

The easiest way is to use a tripod. If you haven’t upgraded your camera gear, then use something steady as a base (rock, wall, ground). But with a tripod you can adjust more easily and let’s be honest, it’s more comfortable.

But also keep in mind with shutter release shake. Even a small bump to the camera will affect the captured image. How to deal with that hassle?

There are two ways: a remote shutter and a timer. Some cameras can be connected with mobile via Bluetooth, or you have extra remote control. Another alternative is to use a timer, for example up to three seconds to shoot the photo.

If you still like to shoot in hand with a bit better low light conditions and shutter speeds, then there are also some techniques to use. Like not being tense,keeping your shoulders in a natural position, and checking breathing rhythm while releasing the shutter.

It’s already common that new cameras have built-in autofocus systems. Taking photos is much easier for beginners and also for professionals. You will take advantage of autofocus most of the time.

But when you have low light situations and without a flash, then autofocus doesn’t detect focus points well. Due to less light. Probably you won’t be that happy with the wrong focus points.

You will deal with that obstacle mainly when shooting low light portrait photography. That time you have a wider aperture and lesser depth of field. You need to set your focus point in the right place.

How to deal with focusing on low light photography? For that, you need to learn how to set focus points manually on the camera. It will take some time to get comfortable with manual focusing and to get perfectly sharp images.

9. Use or Find Any Kind of Extra Light Source

Firstly, when there is around a little bit of light, then it’s better to shoot close in that area. Logically then more light can enter the camera. If you still need additional external lights (shooting a bit moving subject), then how to shoot in low light without flash?

Using some external lighting, like a lamp, bonfire or candle reflection, or anything else creative that will give you more light. Don’t assume that everything will now work out and low light images look now pleasing. Unfortunately, it takes some hours of practice to learn how to use external lights to advantage for better low light photography without a flash.

The thing is that the captured images will be mostly underexposed, too dark. On camera, it doesn’t look nice nor professional at all. But thankfully there are several editing software to fix low light shortcomings. This is where the magic starts to happen.

First, you need to keep in mind to shoot in RAW image files. These are big files but leave you more capabilities to tune up your low light photos. Super easy to edit with for example Adobe software to increase exposure, brighten up the shades, and more.

These are extremely powerful editing tools that will make your photos look even brighter and colorful than it was with an eye.

Keep in mind that editing software doesn’t make any of your random photos look like a million-dollar capture. You still need to set the right ISO settings to avoid too much noise, blurry subjects, and the composition has to look right.

But with practice, you will improve your photography skills and also editing.

These low light photography tips will make you more comfortable to shoot in harsh conditions. Now you know how to shoot in low light without noise, which pillars affect photo sharpness, and how easily you can increase the level of brightness in-camera settings.

After you know the basics about shooting in low light without flash, it’s time for practice and practice. 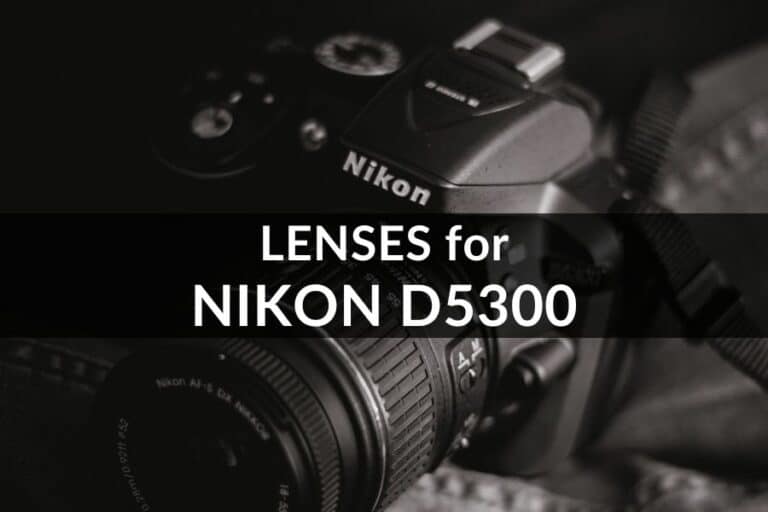 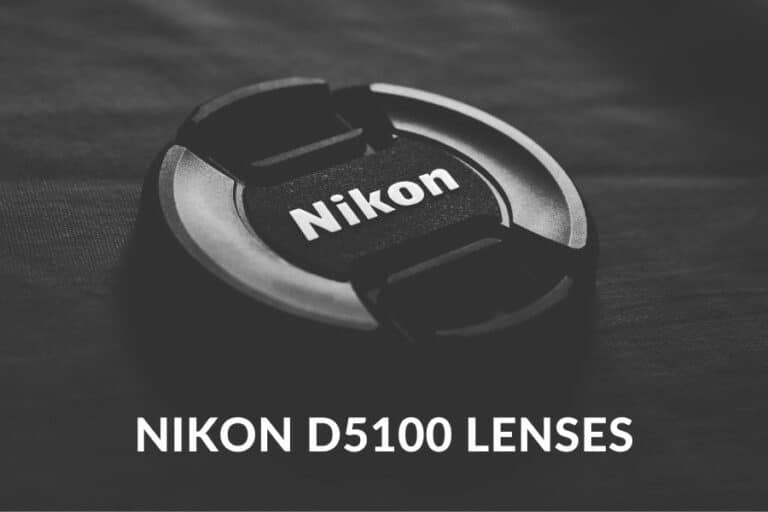 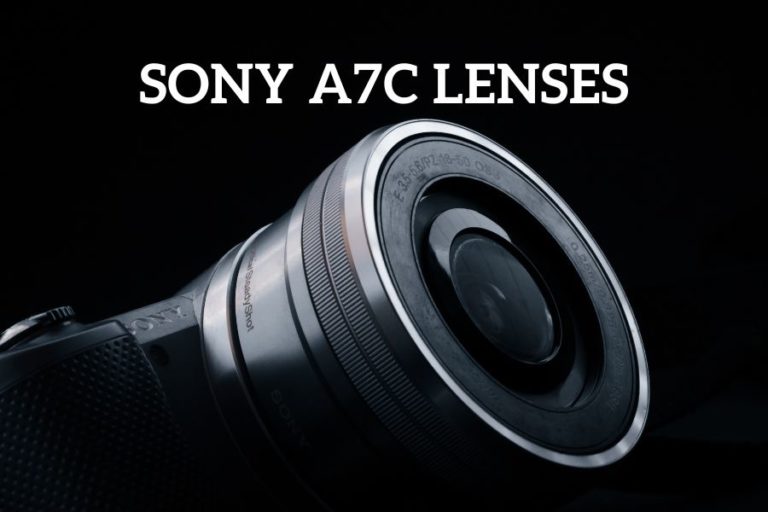